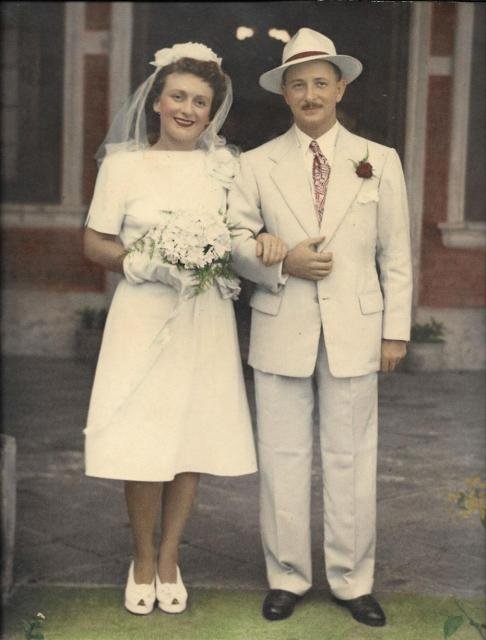 Do you have any recollections of your life in the Hong Kong Jewish community? It doesn’t have to be from 60 years ago. Even something from ten years ago or five years ago that has stuck in your mind over the years is relevant. Please share it with us here.

Rabbi Eleazer of Ohel Leah Synagogue was our community’s shochet (ritual slaughter). He used to ‘sheckt’ about every two weeks. The meat was pretty tough though. Sometimes lamb was available and I used to ask him to do different poultry items, like ducks and geese, which were very good. Rabbi Eleazer left HK in 1961 and then I imported a whole variety of meats and poultry from an authorised source in Los Angeles — a frozen container at a time and stored at a freezer warehouse. Whoever wanted kosher meat, I gave them my keys to help themselves. When my stocks were low, I just repeated this order many times until I left HK in 1963 for London. My good friend, Dan Spiegel, who was with the US Consulate at the time took over what remaining items I had then. Lala Diestel did the same thing as me. Also at times, Jardines imported some canned kosher meats from Australia.

My grandfather, Joir Adler, was the rabbi of Ohel Leah Synagogue from August 1961 to late 1962. The reason my grandfather was not popular, as Fred Ezekiel recalled (below) was because he was “strict and orthodox”.

I remember hearing from Aaron Landau that on his interview for the job, my grandfather was challenged by one of the synagogue’s board members as follows:

Rabbi Adler responded: “Sir, there is nothing in our Bible that prohibits you from having treif [non-kosher] meat and milk together.”

I arrived in Hong Kong in June 1948 and shortly thereafter heard about the JRC [Jewish Recreation Club]. At that time there were a few families originally from Hong Kong, but most of the community was from Shanghai. There were also quite a few Syrian businessmen with their wives at that time. I believe the clubhouse was rebuilt and finished in 1948, and the area where the apartment for a Rabbi hadn’t been finished then. I understand the site of the clubhouse and apartment was destroyed by the war. There are pictures of the club, which had a very large hall used for functions and badminton on the ground floor, plus a nice lounge, bar and kitchens. On the second floor was a large card room and the restrooms. Fortunately, Ohel Leah Synagogue was not damaged. There was also a nice lawn and tennis court, but it was a clay court and it didn’t “perform” correctly. With the hot weather, tennis was not popular.

Badminton, however, was indoors, and with “air conditioning” it became very popular and we used to have a crowd coming almost every Wednesday evening to play. Simultaneously, there was always a poker game going on that evening in the card room, mainly with my Syrian friends. I was a good badminton player and very often brought my non-Jewish friends to play. I wonder if there is a membership list around to note how many members we were — roughly 60 families, I think. Most families sent their kids abroad for schooling but we still had a nice young crowd of members of my age group so socially, the club was pretty active especially Sundays and midweek.

There were many occasions where we organized functions, like the Purim, Hanukkah and New Year dances, which were always well attended, and many members used the club for parties and private functions during those years. Many dignitaries from Israel passed through Hong Kong and were, of course, entertained at the Club. I remember for a couple of years we even organized the two Seder dinners for tourists who were there at the time. Mr. Horace Kadoorie was the club president and he hosted many of the dignitaries with cocktail parties, so the JRC was quite an active institution. On Yom Kippur, there was a big turn out at Ohel Leah and the Club served a “break the Fast” meal at the proper time.

After Rabbi Eleazer left, the community invited Rabbi Adler, formerly from Rhodesia. He was very strict, and orthodox, though also a shochet and mohel. But he was not too popular, so he lasted a little over two years and then was replaced by a Reform Rabbi (Rabbi Isserman), who received a very warm welcoming reception at the Club. Though I remember him and his wife as very nice friendly people, they only remained for about a year or so. In those days, except for the High Holidays, we hardly had a minyan on Shabbat and now, Baruch Hashem, I believe there is something like five or six congregations going on. What a change!

I remember the Beatles coming to Hong Kong… It must have been 1962. I had a front row seat… went with two other girls. I think my father [Leo Landau] bought the tickets through Harry Odell.

Leon Weill, Harry’s brother-in-law, was my father’s closest friend. They were in the [Shamshuipo] POW prison together in the same hut. My father mentioned that Leon had been very sick for some time. He was in the Bowen Road hospital for months. My father said that he arranged for Leon’s watch to go to Gerald [Weill] and his cigarette case to go to his other son [Bernard Weill] after Leon died. I think Mrs. [Vera] Weill was in Hong Kong with Gerald. That must have been the reason why we saw so much of the Odells.

I was one of the lucky teenagers to attend the Beatles Concert at the Princess Theatre on Nathan Rd. I screamed my heart out!! Phil Rosenberg managed to get their autographs for me but sadly I lost the autographed cushion. Imagine what it would be worth today!